What can Catholics learn from REPLY 1988?

Up on a Sycamore

For the record, KDrama Series isn’t my cup of tea.

I remember getting bored while watching Episode 1 of Crash Landing on You. While most were going gaga about it, halfway through the first episode, I paused it then closed Netflix. I gave up instantly.

Reply 1988 was a trip down memory lane as I ugly laughed and shed tears for Deuk-Sun, Jung-Hwan, Sun-Woo, Dong-Ryong and Taek, five friends whose lives intertwined in a neighborhood in Ssangmun-dong, Seoul.

Ssangmun-dong Family | A neighborhood of five families who together defied the odds of life.

I was taken back to 1988 when TVs and computer monitors were not yet flat then to 1994 when pagers were the hippest gadget next to CD players. But I must not forget to mention that the comedy and drama would not be complete without the story behind each family especially of their ajummas.

The series caught my attention one lazy afternoon. I was browsing my Facebook feed when I came across a video of four friends asked by their moms to make rounds from one house to another to deliver food from their own kitchens. It was nostalgic. The riot among these neighborhood friends, the bonding and the struggles made it very relatable.

SPOILER ALERT: If you have not seen this series, I may ruin the experience. Reply 1988 was distinctly done so I am hoping to give justice to this 20-episode KDrama.

St. Ignatius of Loyola inspires us to find God in all things. Thus, let us meet Jesus in the characters, setting, plot and conflicts of this Korean series. Here are my two cents on that matter:

1. THE SANCTITY OF MEALTIME.

Each episode would not be complete without food or a scene around the dinner table. They are always eating. The series even introduced the main characters through spilled shrimp snacks. Aside from countless ramyeon, kim chi and jjajangmyeon, I bet many drooled because of Jin Ju’s giant fish-shaped candy, Deuk Sun and Taek’s samgyupsal by the sea, the goldfish bread of Mr Choi and Mrs Kim at the hospital, and of course, mama Cheetah’s American noodle spaghetti (but changed our minds once she started serving it).

Most of the best scenes were during meals, for example, Taek giving his father a pair of pink gloves for his birthday after a tournament, Bo-ra giving her gifts to her family, Ju-Hwang confessing to Deuk-Sun on their reunion and Mama Cheetah’s birthday celebration segueing to a surprised tribute for Mr Sung on his forced retirement.

Meals can be opportunities for revelation. We Filipinos, whenever we need to talk to someone, we go for coffee or we go for buffet. Food is our excuse to relate with others. In the Road to Emmaus, the two downtrodden disciples gained their spirit upon seeing Jesus breaking bread. We must remember that every meal can be an encounter with the Lord through others. 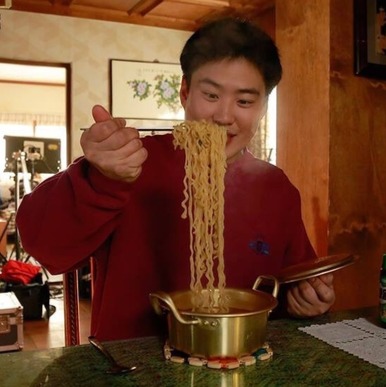 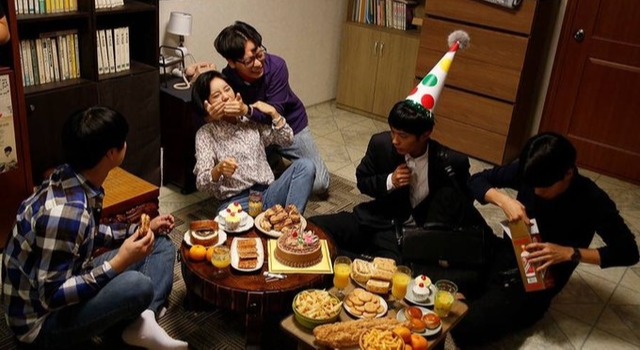 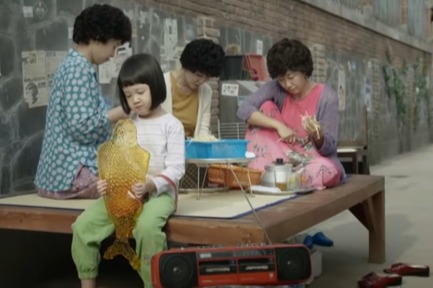 THEY ARE ALWAYS EATING | There was a lot of food featured in the whole series: ramyeon, kim chi, jjajangmyeon, etc.

2. WE COMPLETE EACH OTHER.

The story narrates the lives of five friends who were uniquely different from each other. Sun woo, a loving son who would excel in school; Jung Hwan who never had the courage to express his feelings; Dong Ryan who would rather sleep in class and would feel lonely at home; Taek, an introvert baduk champion; and Duk Seon, the academically challenged girl who had a problem accepting her own self and the only rose among the thorns in their group.

But at the end of the day, when life is not fair, they would have each other. Taek’s loss on baduk games would instead become a ramyeon/ monopoly party or Dong Ryan’s loneliness would turn into a movie night.

Fast forward to 1994, in spite of all these personal struggles, all of them reached their dreams. They may be very different from each other, but their characters promise us that in spite of our weaknesses, we are created in the image and likeness of God and together, we complement each other. Each of them succeeded in life no matter what and stayed friends come what may.

3. EACH STORY IS A LOVE STORY.

The series is an emotional rollercoaster ride, each episode effortlessly made me laugh or shed tears. From the five protagonists, the story would seamlessly transition to each of the families’ daily successes and struggles.

I initially abhorred Bo-ra. Her cat-dog relationship with Deuk-Sun was too much to handle. I was frustrated with who Deuk-Sun would end up with, seeing that she liked Sun Woo while Jung-Hwan was too chicken-hearted to admit his feelings for her. I was excited to know if Mr Choi would ask Mrs Kim to be his wife. But the scenes with the ajummas on the street chit chatting while prepping vegetables, going to shaman, joining the singing contest while the appas were drinking ginger wine were all interesting. Each of them had a story to tell, even little Jin ju with her snowman and banana.

The series sums up the idea that life is about relationships and each relationship is a love story to be told. Sun woo allowing her mom to work, Mr and Mrs Kim accepting Jung-Bong’ decision not to continue law school, and Bo-ra and her dad’s crying during the wedding are examples of unconditional love. LOVE, a gift from God that can only grow through our relationships. 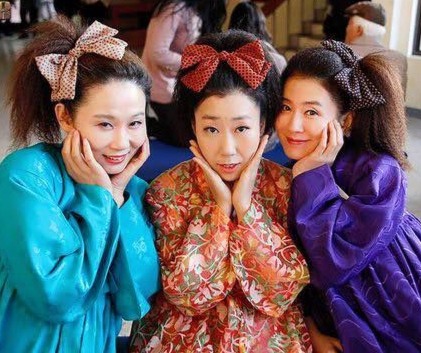 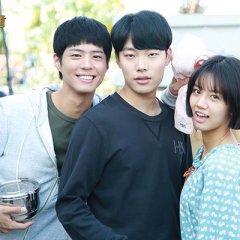 LOVE | The ajummas, the love triangle, and the father and daughter relationship.

4. NEIGHBORS CAN BE FAMILY.

The neighborhood features families of different statuses in life. Deuk-sun’s debt-ridden family lives in a half-basement while Jung-Hwan’s became rich overnight. Taek lives with his widower dad and Sun woo, with his widow mother. On the other hand, Dong Ryan endures each day with The Dean who happens to be his father.

Family problems never stop. Mrs. Kim would always struggle with money as she tries her best to make both ends meet as a single parent to Sun woo and Jin ju. Sung family would always dream of a life out of their half-basement abode. But instead of putting down or being indifferent to each other, the families became one big happy family.

The Gospel would always tell us about being a neighbor. This neighborhood gave us more: they showed us how to be a family as family is a community of people never failing to be there for each other.

It was heartbreaking to see the families moving out of the neighborhood one by one but that’s the reality. Some good things never last. They might have the best years of their lives living as a community but they needed to move on with their different paths.

The saddest part of watching this series was knowing that it would end. It would not be easy to deny that I would miss the drama.

Our Lady of Korea, pray for us!

Why are Catholics dying to attend the Holy Mass?